The History of Feng Shui by Marla Stone 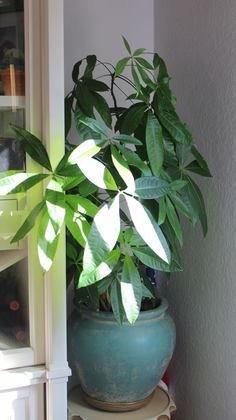 Feng Shui is as old as old, as it isdocumented from nearly 4000 years ago.  The beginning of Feng Shui starts with
the “Wu Chi” which means “primal energy”. The ancient Chinese understood that all things in the universe have
energy or “spirit”. They looked at the material aspects of life with a dualistic viewpoint; nothing and everything,
full and empty, rapid motion and stillness, and finally the symbol Yin/Yang was created.  The understanding of the patterns of change and how time affects all things, the philosophy and wisdom cyclical forces of the planet into what is now known as Feng Shui. It is said that a tortoise shell was seen by the River Lo, and markings on the “dragon horse”  displayed a relationship to numerology; an understanding that there are patterns, sequences, cycles and energies or elements which we can observe and fluctuate to determine our course of life over time.  As time went on many different teachings of Feng Shui developed and then it was discovered by the British.  The British whispered and spread the word of Feng Shui to the West as they sailed back from Hong Kong to their native land.  Easterners and Westerners have been applying Feng Shui to their love of constructing buildings and homes ever since.  The phrase Feng Shui means Wind and Water, the most basic forms of energy.
​​
In China and in Britain, having a view of the ocean, a river, stream lakeor pond can bring prosperity as long as it is in front of the dwelling.  The Feng Shui Consultant concentrates
on the land surrounding and beneath your construction, how the building or home is constructed, the birth time of your dwelling, the direction it faces, and howall the items in the space are placed.  If everything is done in accordance with “the wind and the water”, andthe harmony and energy of the site, and the building and items in the buildingare in balance, then and only then can you bring and keep “good chi” or “good
energy” to and in the dwelling.  The elements placed in the building or home, identified carefully by the
Feng Shui Consultant, are symbols of water, wood, fire, metal or water.  The back of a turtle, with the divided
squares on its shell, symbolizes the separate areas or squares of the dwelling.  The building or home’s
floor plan is divided into separate areas or squares and each square or “bagua” symbolizes either career, skills &knowledge, helping people, family, health, children & creativity, prosperity, fame &recognition or love & relationships.   The way the constructed site lies, whether it is on flat, hilly or mountainous terrain, near water, facing north, south, east or west, where the trees are on the property, and or any wires, buildings, roads, traffic or train tracks, noise or disturbance all determines how the elements will be placed in the squares of the garden and dwelling.